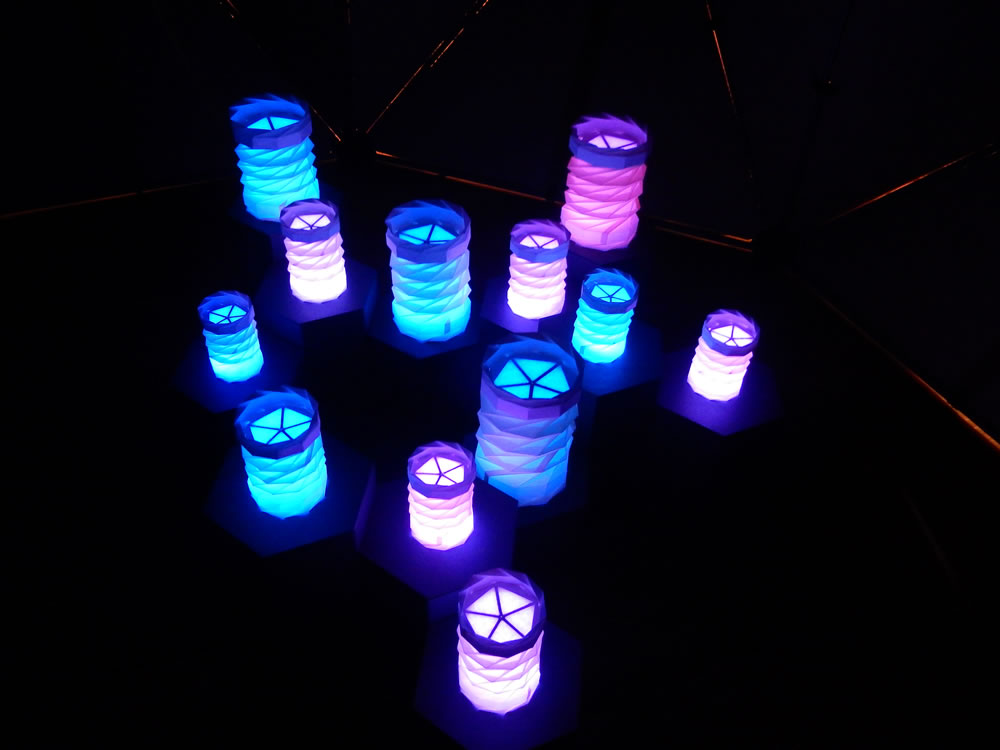 KORAL is an installation about the vulnerability of nature. It is a total experience of sound, light, color, movement and space. The shell-shaped space is based on the golden ratio. Inside, the specially composed soundscape is all around. The moving and luminous origami shapes breath as if they are alive and can respond to visitors. The whole has a hypnotic and soothing influence on the viewer.

In order to get a better impression and small experience of installation KORAL, press the button below.

Origami
Origami is a Japanese art of folding (Japanese: ori = folding, and kami = paper). In origami only a small number of folds are used but by combining these you can make complex designs.
The foldable origami shape Helix Decagon which is used in installation KORAL is laser-cut from one sheet of paper. The laser cutter only goes through part of the paper at the folding lines, making them easier to fold by hand. Folded, the paper acts like a spring. The paper must be neither too heavy nor too light in order to have the right stiffness to make the origami shape move up and down smoothly. The movement is controlled by small motors. 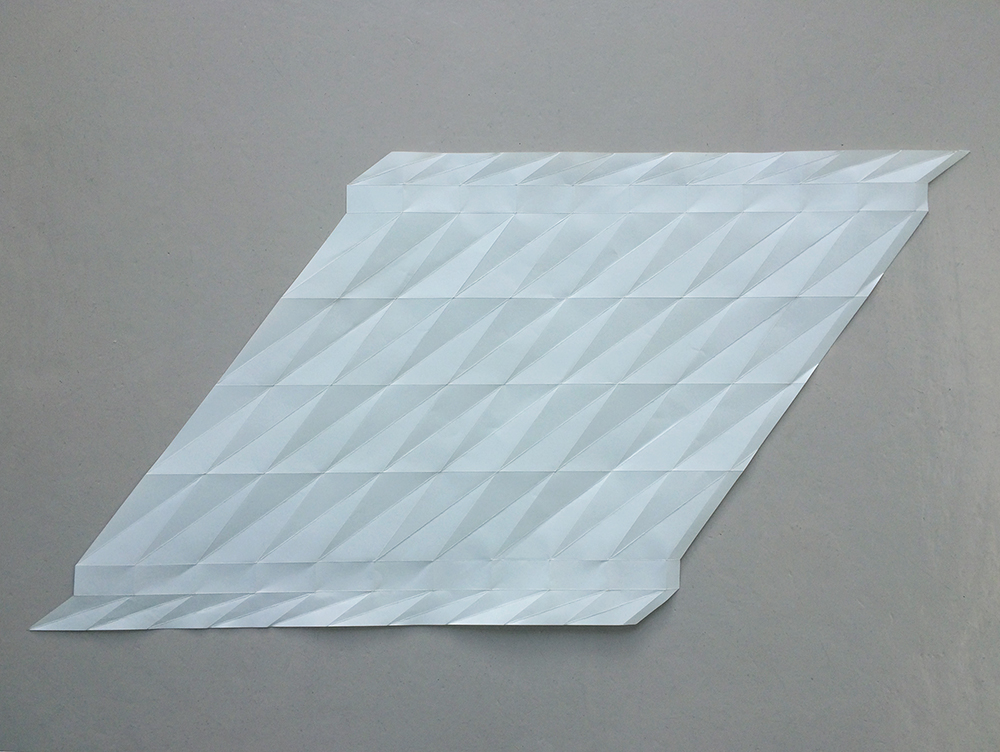 Light
The origami shapes contain computer-controlled LED lights. The colours slowly change from cool blue to violet, then to fiery red and back again. The origamis move up and down like lungs and breathe light.

Interactive technics
The origami system contains a sensor which reacts to the movement of people walking by. The origamis then stop breathing and change colour.